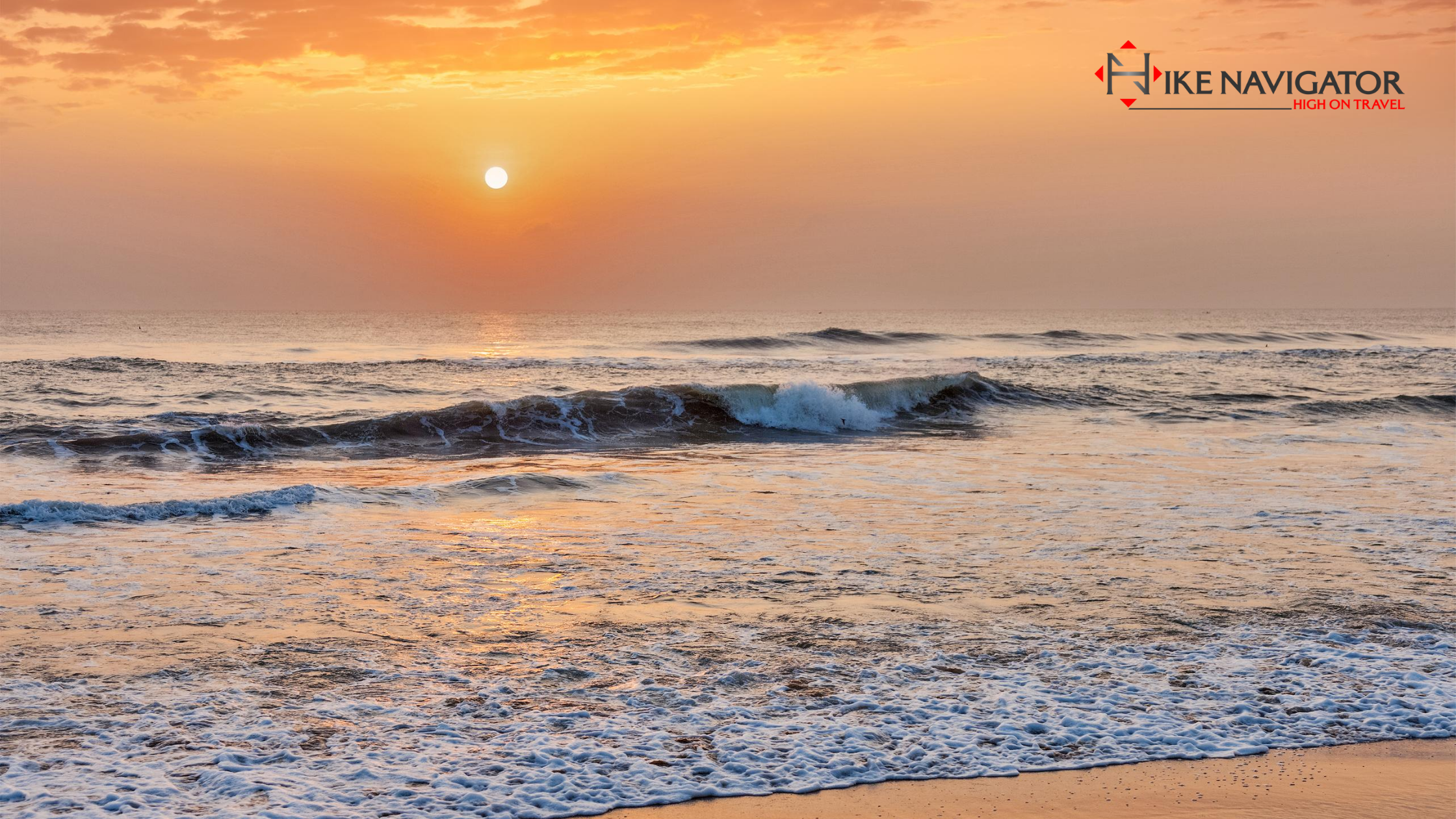 Chennai or formerly known as Madras is one of the oldest and largest cities of India situated on the Coromandel Coast in South India. It is also the capital of Tamil Nadu. Not only industries, but this city is also popular for its peculiar culture and heritage. Chennai is also famous for its clean sandy beaches, infrastructure, temples, parks, cultural centres and food. Well, Chennai’s nightlife is not limited to pubs and night clubs. If you have a chance to explore this city, you might not want to miss out on its nightlife.

Chennai is also well known for its historical pasts. The Britishers built the Fort St. George which became a heart of the growing colonial city. The only town that was attacked during the First World War I was Madras. After India got independence in 1947, Chennai became the capital of Madras state.

If I talk about my Chennai Experience, then it was astounding i.e. Namma Chennai. I have lived for 5 years in the cultural capital of India. When someone comes from North India to places like Chennai in South India, which has a different culture, tradition and language, then he gets a unique experience.

Well, most of the people like to communicate in Tamil here but almost everyone understands English here. Yeah I’m a Punjabi, so it’s very difficult and different initially but I got used to it eventually. The beautiful thing about this place I noticed the most is its simplicity. Looks don’t matter here, like in the North. Nobody will criticize you because of your dressing sense, your makeup. The best thing is people are intelligent yet very down to earth and no one is interfering in other’s life. This is my experience of this city which is surrounded by water bodies. Apart from this, Chennai is the place that makes me reminisces on my life experiences. 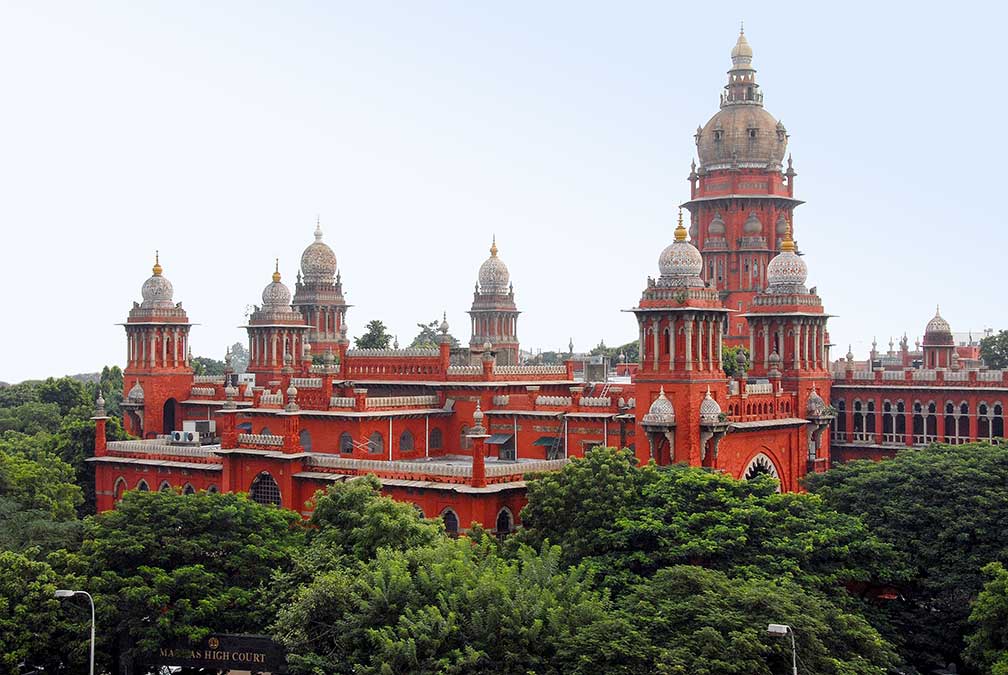 How to Reach Chennai

Chennai Central Station is the nearest railway station which is well connected to all major cities. Tourists can take direct trains from Nagpur, Gwalior, Mumbai, Hyderabad and many other cities, even the most distant city Delhi, Chandigarh, Dehradun, Guwahati etc.

Chennai airport is located in Tirusulam which is 21 km from the City Centre. It is one of the busiest airports in Asia. Also, good connectivity with all states of India and other nations too. 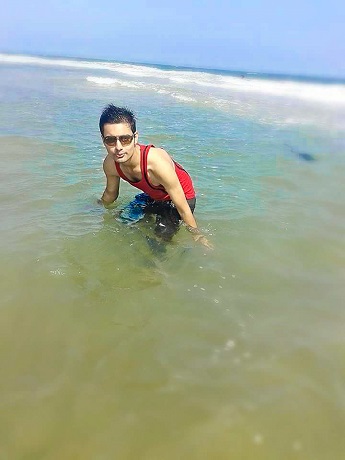 Marina Beach is the second longest beach in the world stretching a length of 13 km. The top attractions of Marina Beach are the bird’s eye view of Chennai from the tall lighthouse. When you’re taking a stroll on the sands, you will meet the likes of Mahatma Gandhi, Triumph of Labour statue, George Uglow Pope, and Robert Caldwell along the way. Tourists can see how fisherman starting their day in the early morning and the evening people are coming with their families.

Unfortunately, it isn’t the cleanest stretches of sand and ocean. That’s why you can ditch this place and head to these less crowded, lovely beaches in Chennai i.e. Elliot’s Beach, Golden Beach, Kovalam Beach and Mahabalipuram Beach. I still remember the sudden burst of excitement I got, when I first filled my lungs with the salty smell of the sea on Marina Beach. The first time I dipped my toes on the beach, it was the most wonderful feeling. But if you love the soul of the city and love to watch the people then you will love this place. 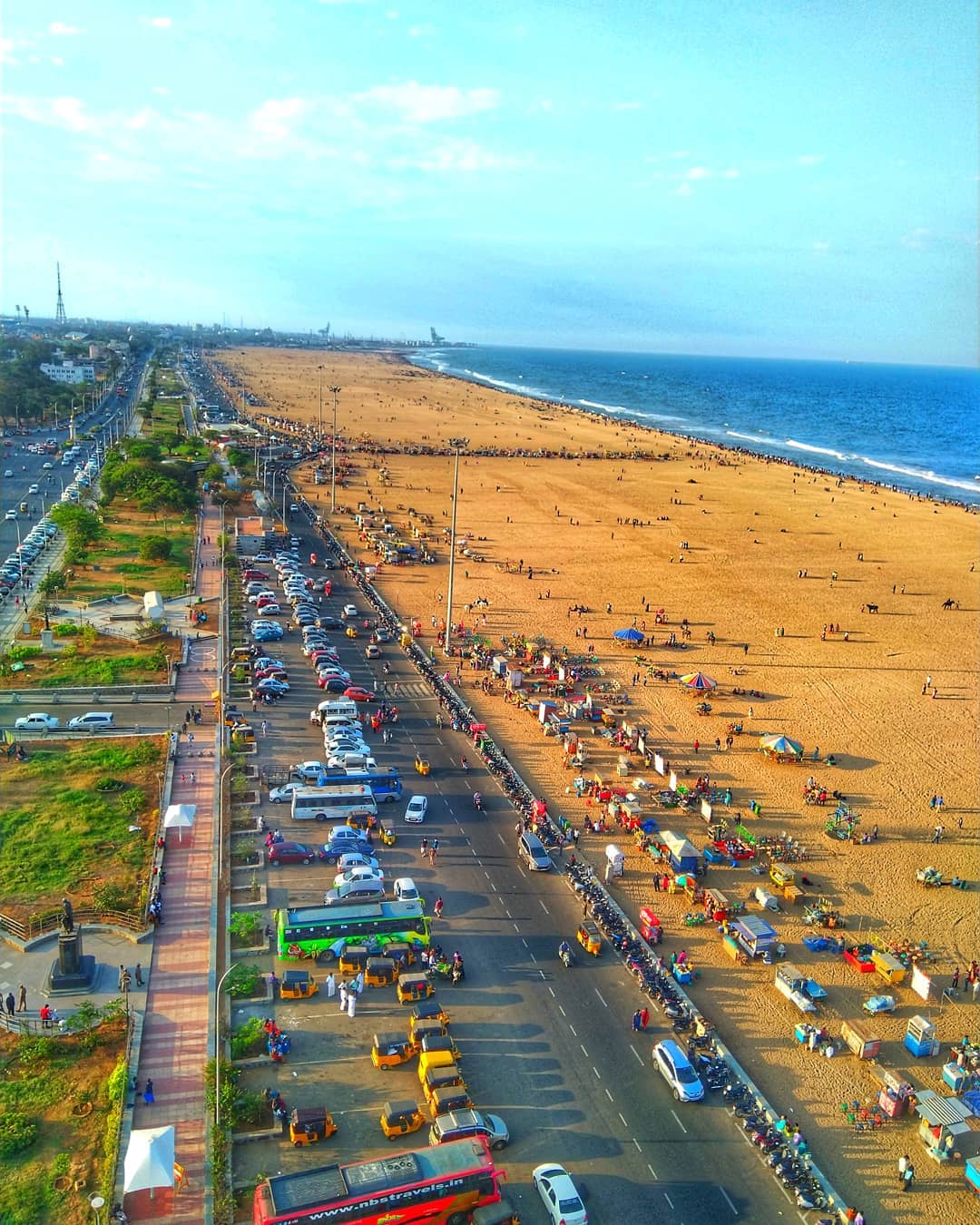 Elliot Beach is also known as Besant Nagar Beach. If you don’t want to squeeze with the crowd and you’re fond to watch serene beauty and clean brown sands then you could have a whale of a time here in the beautiful atmosphere. An early morning walk at Elliot Beach is a must to feel the core beauty of Chennai.

During my college days, I used to visit Elliot Beach to capture the spectacular sunrise and feel the peacefulness of life in Chennai. Make sure you make it to Elliots Beach at least once to enjoy the mystical sunrise.

M. A. Cricket Stadium is also well known as Chepauk Stadium. The cricket stadium was established in 1916 in Chennai, India. Did you know that Chennai cricket stadium is the 3rd oldest cricket stadium after Eden Gardens in Kolkata and Feroz Shah Kotla in Delhi? Well, Chepauk stadium serves as the practice ground for the Indian Cricket Team, Tamil Nadu state-level cricket team, as well as Indian Premier League (IPL) team Chennai Super Kings. The beautiful ground also hosts national and international level cricket matches, with the capacity to seat a crowd of approximately 50,000. If you’re a cricket fan then this place is best for you. Moreover, the distance from Stadium to Marina Beach is hardly 1 km. 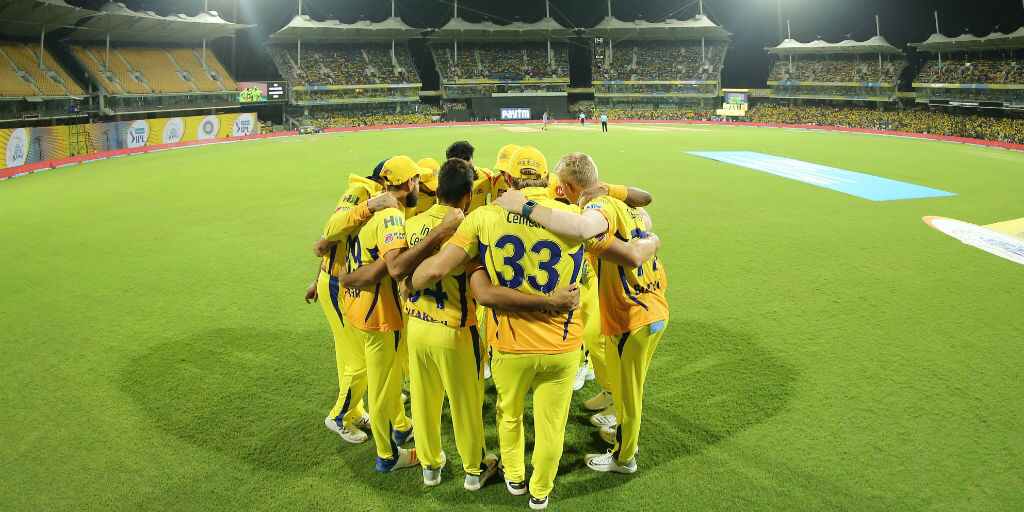 Mahabalipuram is also called Mamallapuram or also popular by its nickname Mahabs. The historic city is famous for its temple, ancient sculpture and beaches. The major attractions in the whole town are Sea Shore Temple, Beach, Krishna’s Butterball, Arjuna’s Penance and Pancha Rathas.

This place is a perfect gateway to spend a day. The rock up built architecture with intricate carvings of this place awestruck you here. Besides, Mahabs is also popular for its mouthwatering seafood and leather slippers. Just visit this enchanting place for delightful seafood and comfy shoes.

Every time money doesn’t give happiness but it depends on the way we see it. When we feel the nature in its pure form, it gives us happiness more than anything. The overwhelming sight of sunrise, a spectacular sunset, blue waves of the sea and the white sandy shores of Mahabs just melts your heart. Don’t forget to get lost in the hidden beauty of the Mahabs.

The nearest railway station Chengalpattu has situated 29 km and the 53 km Chennai airport from Mahabs. You can also take a direct bus from Tambaram, Velachery, Koyambedu, Vandalur, and Chengalpattu.

The best time to visit this place from November to February is because of the pleasant days and cool nights. I recommend you to go by ECR route to Mahabs in the early morning to explore the best view. 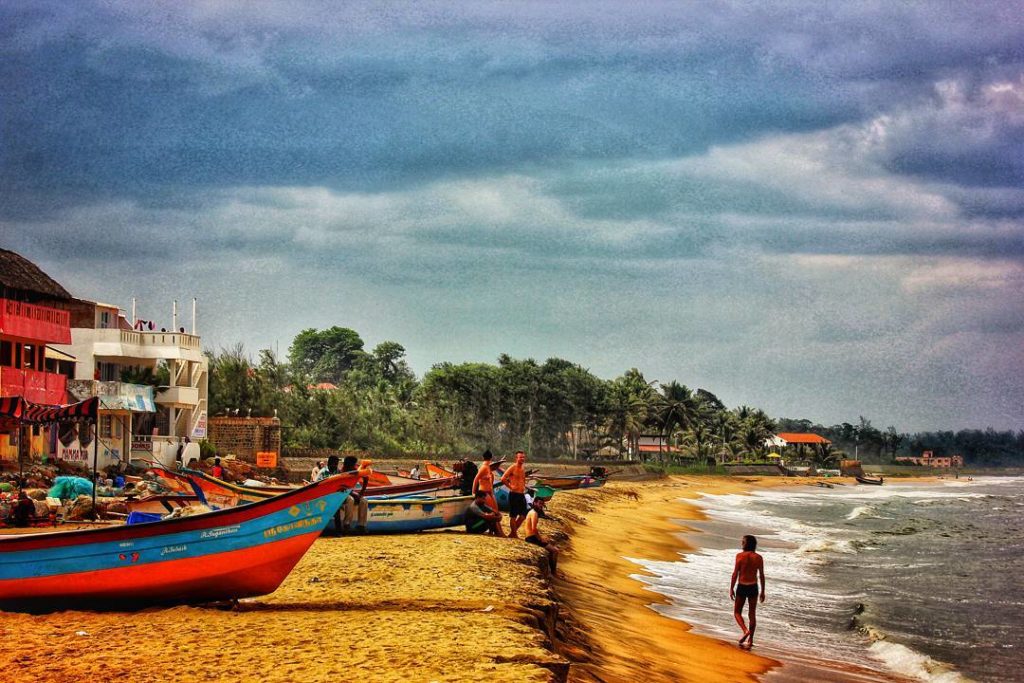 It is one of my favourite and most visited beaches of Chennai because of the pristine natural beauty of the surroundings and plenty of activities it offers to its travellers. Kovalam or Covelong Beach is the best place for sunrise, sunsets and also watersports with windsurfing and swimming.

From my College to this never-ending beach is just 35 km. When I to be at the top of the world, I used to go to this place. From my morning runs, few workouts to evening strolls, the beach has always been my go-to place when I wished to unwind. 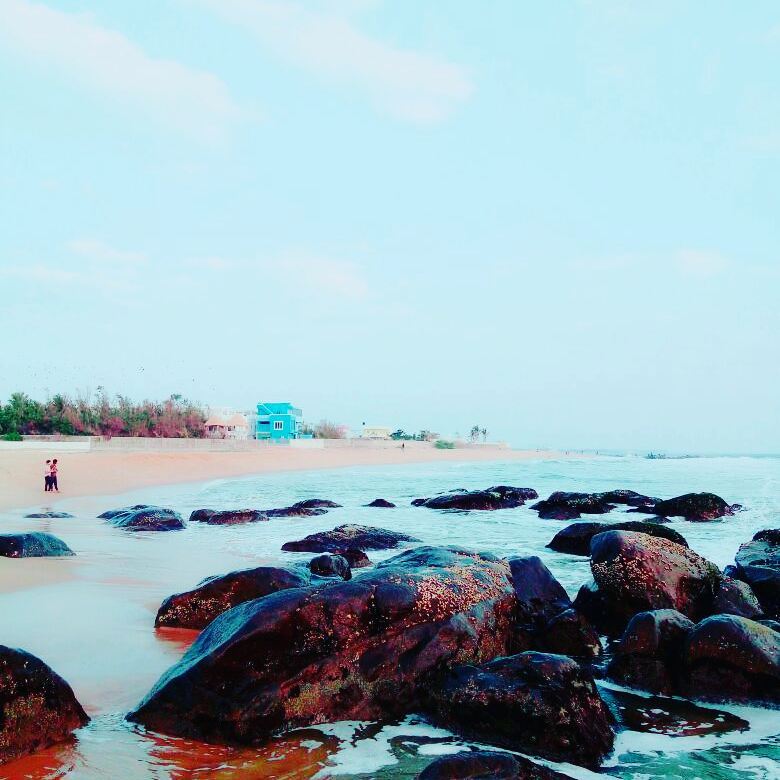 Arignar Anna Zoological Park is also popular by its name Vandalur Zoo, was established in 1855. Vandalur Zoo is India’s first and largest zoo spread over an area of 602 hectares and also home to more than 500 species of wild beings where some of which are endangered. If you’re a nature and wildlife lover then you can come here just to see the mystical White Tigers and many more. They tend to sit like as they’re the Maharajas (kings) of the zoo.

Well, it takes 4-5 hours to explore on foot. But if you feel slothful or don’t have the mood to walk, the battery-operated cars are a better option. You can also hire a bicycle much cheaper than any other. Apart from this, elephant rides and lion safaris are also available. It’s up to your comfortability, what you would choose.

Entry fee: Rs 30 for adults and Rs 10 for children 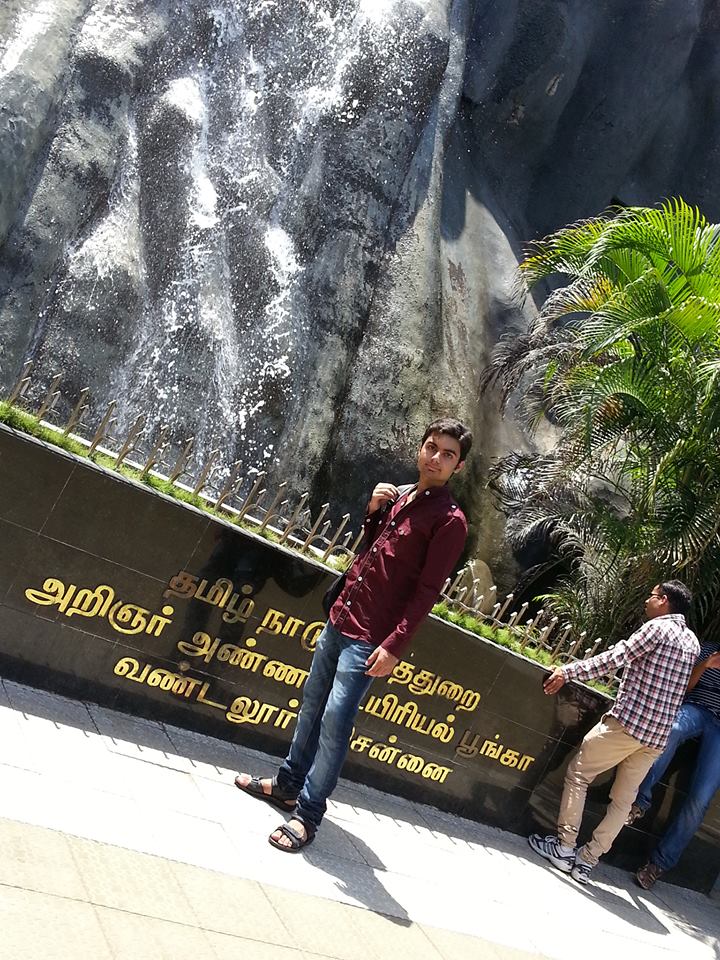 Kapaleeshwarar, the most ancient temple has been built around the 7th century. The unique Dravidian style architecture of the temple makes this temple the best place to visit in Chennai. Do you know that the most famous temple is dedicated to Shiva and Karpagambal? There is a myth behind the temple is goddess Uma worshipped Shiva in the form of Peacock.

The beautiful temple is situated in Mylapore and Mylapore means Peacock. Well, the most important thing is there is a wishing tree lying at the heart of the temple. Besides this, people believe that if you place a yellow thread on it, you might be able to tie down the hunk and your dreams! 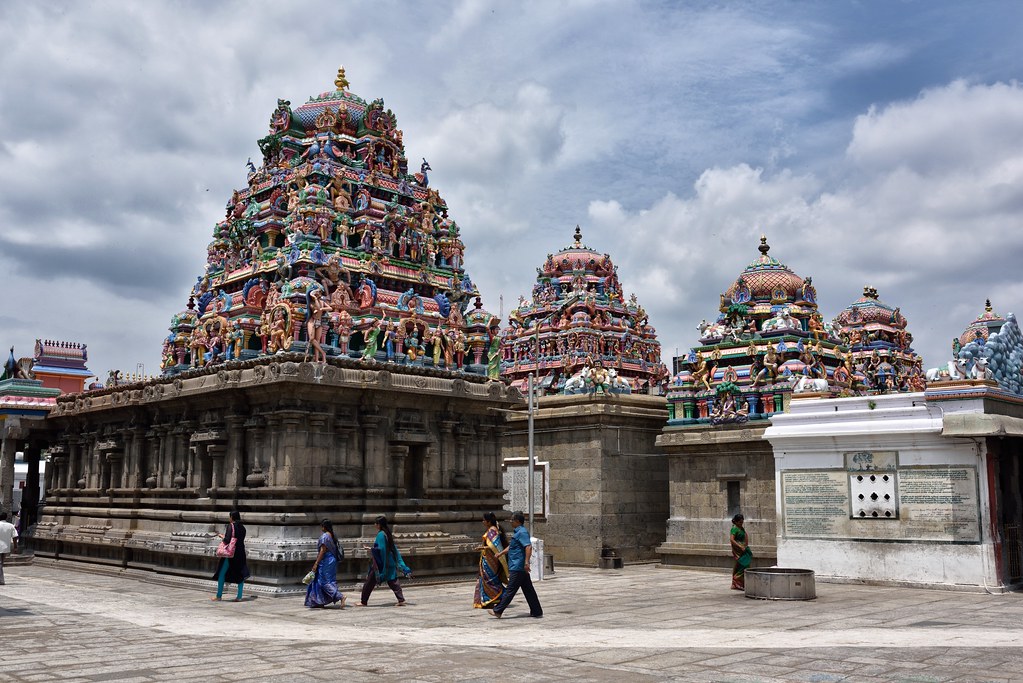 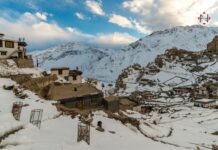 Top 7 Exotic Places To Visit In Himachal Pradesh During Winter 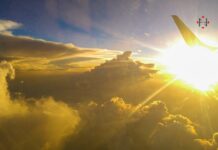 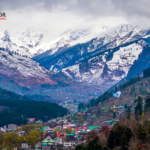 Gourav Girdhar - April 14, 2019
0
Introduction: Kullu Manali or we can say Dev Bhumi of India is one of the most beautiful, Romantic and famous tourist’s places all over the... 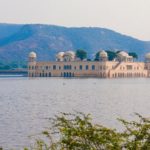 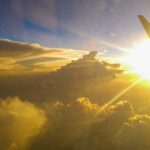 Gourav Girdhar - September 14, 2020
1
Planning a trip and getting a cheaper airway is next to impossible. Nowadays, everything is getting very expensive from reserving a seat to carry...

Gourav Girdhar - October 17, 2020
0
After reading this heading the first question that arises in the mind is why to travel solo? Solo the word itself sounds weird when you... 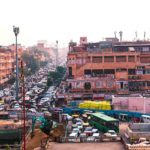 My First Trip To Jaipur: The Pink City

Gourav Girdhar - January 28, 2020
0
Introduction: Jaipur is one of the most popular cities in India, which is not only the capital of Rajasthan but attracts tourists throughout the year...